Kaipara Oysters have enjoyed a very good first year in the European market with orders for the organic shellfish coming in from all over the continent.

This new brand of New Zealand oyster (Crassostrea gigas) was revealed to the European market at the end of April 2010, at the European Seafood Exposition, held in Brussels, Belgium, where it was also shortlisted for an award in the Prix d’Elite Best New Products Competition.

The oysters quickly won a number of foodservice and retail orders, and family-run Kaipara Oysters believes the product could be especially popular over the coming Christmas and New Year holiday period.

The company said an indication of the high regard the oysters have earned in just a short space of time came with the product’s placement on the menu at this year’s Wimbledon Tennis Championships. They were selected for the event by the Compass Group UK & Ireland, one of Europe’s largest professional caterers.

Recommended and provided by Direct Seafoods, part of the Seafood Holdings group and a premium supplier of sustainable seafood to British chefs, the oysters impressed Compass with their eating quality, ease of use and safety.

“At Direct Seafoods, we believe these oysters could revolutionise the whole category. Kaipara harvests and packs their oysters the moment they reach their peak condition. They are then delivered in their perfect state, which means consumers everywhere can enjoy top class oysters regardless of the season,” said Direct Seafoods’ sustainability director Laky Zervudachi.

Kaipara Oysters are produced in the strong, pristine waters of the outer Kaipara Harbour on the northwest side of North Island in New Zealand.

They are produced exclusively by Kaipara Oysters, and are organic-certified under the Asure Quality organic certification programme. This also allows the oysters to be marketed as compliant under European ‘BIO’ standards.

The company’s farm and factory are fully approved by the world’s most exacting food safety and public health agencies, including the United States Food and Drug Administration (FDA), the European Union (EU) and the Japanese Ministry of Health & Welfare.

Each oyster is individually selected and size-graded to offer the most consistent appearance throughout a batch.

Kaipara Oysters will debut its locally grown oysters at the European Seafood Exposition in Brussels, Belgium, late next month. In fact, the New Zealand company’s oysters on Monday were among the 43 new products selected as finalists for the 2010 Seafood Prix d’Elite competition (the winners will be unveiled on 27 April). SeafoodSource caught up with Paul Cummings, Kaipara Oysters marketing manager, to talk to him about his company and its new product. 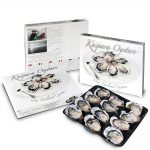 Grandin: Why did you launch Kaipara Oysters?
Cummings: In the unique environment of Kaipara Harbour, the oysters basically grow themselves, so there is little “husbandry” required. However, the development of our oyster farms has taken many years, ensuring all farming and production systems are firmly in place and in line with not only our own family ideals, but also the values of the local community and the environment. With the satisfaction of seeing the evolution of what started as an idea turn into a reality, we chose to wait until 2010 European Seafood Exposition to release Kaipara Oysters.

What markets are you targeting, and how are you marketing the product?
With the wealth of participants at European Seafood Exposition, it is the ideal platform to introduce Kaipara Oysters. Kaipara Oysters is a product that has strong family values and an environmental ethos behind it. Kaipara Oysters offer universal appeal with the size profile, taste characteristics, and with being snap-frozen when in peak condition there is simplicity with logistics. Therefore, even customers in remote regions, along with the main centers, can be assured of receiving a quality and consistent product every time.

Are your oysters sustainably harvested, and are they certified by a third-party organization?
We utilize a naturally occurring resource with growing practices, which means there is little human intervention. Kaipara Oysters are organic-certified under the AsureQuality Organic Standard certification program, which is accredited by the IFOAM [International Federation of Organic Agriculture Movements].

Do you plan to launch other seafood products?
We are constantly striving to introduce new and innovative products to the market. Allowing consumers to try and enjoy new sensations is what makes this industry so exciting.

What makes your oysters unique?
Kaipara Oysters deliver a package. Environmental considerations have been an instrumental part of the process from the outset. The use of eco-friendly materials is one example where new technology has been employed to benefit the environment. There is the farms’ location; oysters reflect the qualities of the water in which they are grown and Kaipara Harbour offers ideal conditions. When Kaipara Oysters are in peak condition they are harvested, snap-frozen and hand-selected prior to packing, ensuring that the quality of the product that our customers receive exceeds their gastronomic expectations.

Every single person here at Kaipara Oysters is convinced the farm has produced a truly great oyster that deserves to be appreciated and enjoyed by all food lovers, no matter where they are in the world. That unanimous belief is what stands our business apart from all other frozen oyster producers.